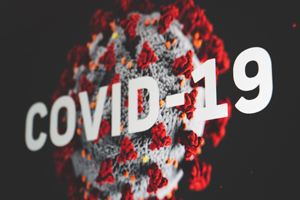 Legal status of foreigners in Spain during a
state of emergency

Closing borders and canceling flights around the world called into question the
legality of the presence of foreigners in the countries where they were at that time.
Spain is guided in this matter by several documents, firstly, the Law on Foreigners,
and secondly, the Royal Decree (Real Decreto 463/2020 of March 14, 2020), the
appeal of the General Directorate for Migration of the Ministry of Social Protection
and Migration of Spain, etc.

The Royal Decree (Third Supplementary Regulation) suspended all administrative
terms in the country, and this is how it affected the procedures related to the
legalization of foreigners in Spain during the Alarma regime, and will undoubtedly
have an effect after lifting the state of emergency.

The purpose of this Appeal is to achieve a balance between legal grounds and the
preservation of the rights and interests of those who are affected by the current
situation.

In order to avoid infringement of the rights and interests of interested parties and
persons affected by the procedures in relation to foreigners, and taking into account
the provisions of the legislation on foreigners and the provisions on administrative
terms included in Royal Decree 463/2020 of March 14, the following shall be
established:

a) Recognize a positive decision on applications filed before the entry into force of
Royal Decree 463/2020 of March 14, which is at the “Favorable” stage (preliminary
positive decision even before the official response is issued) if:
– If during the consideration of documents did not come an additional request;
– There is a preliminary solution in the system – “favorable”;
A positive answer in such cases will allow the foreigner who is being given a decision
to be able to continue working, especially if the applicant has a family in Spain on
security.

b) Issue of a certificate of administrative silence, signifying a positive decision in
response to applying for a residence permit on the basis of Law 14/2013 of
September 27 (On Supporting Entrepreneurship), provided that the latter were filed
before the entry into force of Royal Decree 463/2020 of March 14, and 20 business
days also elapsed before the entry of KU.
The essence of this provision is to give the opportunity to carry out labor activity (as
the main source of income) to highly qualified specialists, entrepreneurs, and national researchers
who did not manage to get a decision before the entry into force of Decree RD No.
463/2020 of March 14.

c) Suspension of administrative deadlines for filing appeals on refusals of the initial
issue of a residence permit or in their extension.
The procedures begun before KU No. 463/2020 are suspended, the processing of
which has already begun and under the conditions:
– It is not required to perform an additional procedure in compliance with
administrative deadlines, for example, Administrative Requests (Requerimientos);
– Pre-issued status in the system “resolución denegatoria o de archivo”
The appeal deadlines are suspended on the basis of RD 463/2020, from March 14,
thereby preventing the defenselessness of the interested party until a final decision
is made indicating the reasons for the refusal.

d) Documents submitted that were not submitted on time and expired (for example,
bank statements) due to the Alarma mode will be accepted despite this.
VISAS AND NON-RESIDENTS

The following paragraph sets out information regarding persons who are in Spain on
the basis of visas and non-residents of Spain.

e) Suspension of administrative terms of stay of third-country nationals whose return
is not possible due to the consequences of the international public health emergency
caused by coronavirus.

At the end of February this year, an instruction was issued in China on the automatic
extension of a residence permit for foreigners whose return to their countries was
impossible due to the cancellation of flights. In Spain, by a Royal Decree, residence
permits are not automatically extended, but administrative periods are suspended,
and accordingly, the dates for staying on visas of third-country nationals whose
return is impossible are not considered violated.

Interpretation of this paragraph is essential for understanding the legality of a
foreigner in Spain. Citizens of countries who find themselves in Spain who cannot
travel to their homeland if they have expired on a visa after March 16, 2020 will not
be considered as violators of the visa regime. Even despite the repatriation
organized by the authorities of many countries, like Russia or Ukraine. At the same
time, some countries did not officially close their borders – for example, Belarus – and
in this case, holders of Belarusian passports are likely to encounter difficulties … The
only question is how the concept of “return is impossible” will be interpreted.
Residence permit.

Another interesting point for the tech who would like to apply for a residence permit
in Spain, for example, at a student residence. As we all know – a mandatory requisite
– at the time of submitting documents the student must have 30 days of legal stay in
Spain, so this period must be counted from March 16, i.e. if on March 16 you still had
30 days left, then you can safely apply for a student residence until the end of
Alarma mode.

f) Applications for residence permits (primary and renewal) submitted after the entry
into force of RD 463/2020 will be considered by administrative authorities as far as
possible. This is exactly what we wrote about earlier, that today all the applications
submitted online, the migration authorities continue to consider! And in our
experience we can say that now the review period has significantly decreased, so do
not miss the opportunity to apply for a residence permit or for its extension during
quarantine!

If there is a need to submit the missing documents to the statements submitted after
the announcement of the emergency, then the period by which this must be done is
postponed for a while after the lifting of the state of emergency. But if the interested
party can provide the necessary documentation, for example, remotely
(telematically), the procedure will be continued without.
This scheme applies to all applications for a primary residence permit and for its
extension.