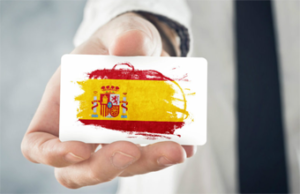 Masters in Europe are a great opportunity to combine higher education with an invaluable experience of living in a completely different world and communicate with an international group of like-minded people. And what could be more beautiful than studying in colorful and sunny Spain, famous not only for its historical sights, but for the beautiful weather all year round, the breathtaking beauty of nature, the cuisine, the wines and other pleasures of life? Adding to this, it has relatively low prices for rental properties, food and daily expenses compared to other European countries.

The Master degree in Spain can be a continuation of a diploma already obtained, an increase or the requalification of a specialist in a new field. Thus, for example, to enter the magistracy in Spain can be professional specialization (advanced training), research (preparation for admission to the doctoral program), academic (scientific activities), as well as mixed, which allows an academic course with an average duration of 1 to 2 years, but sometimes more, if combining several areas of education.

As a general rule, many Spanish universities, which there are only 76 of them in the country, (two thirds of them are state-owned) have their own programs for magistrates, but they also offer an Official Master, which will be recognized in all countries that have signed the Bologna Agreement. These courses are developed and approved at the intra- and interstate level. For example, the Official Master Degree in Political Science will be taught equally in each of the universities that offer it. Private university programs are more popular because they are more flexible, diverse and convenient for the students themselves. The cost of an official officer is usually lower than in some private programs, for example, the famous MBA.

Why do postgraduate studies in Spain?
Studying in Spain is one of the most popular among foreign students. This is due to the fact that the state everywhere applies an active policy to create the most favorable conditions for the applicants. For example, in 2015 it was planned to double the number of foreign students compared to 2012, from around 5 to 10 percent. It should be noted that several years ago, this country was among the three most attractive for education among US citizens studying abroad. Do not forget the Erasmus program, in which Spanish universities, more than others, come to study from all over Europe.

Among the other advantages of the Spanish judiciary, many programs in English play an important role, so that students do not “spend” time learning a language. Although for some it is, on the contrary, a complementary goal or a good bonus

The largest number of foreign students currently enrolled in the University of Alcalá, University of Navarra, Universitat Politècnica de Catalunya, Universitat Pompeu Fabra (UPF), Autonomous University of Barcelona, ​​Complutense University of Madrid. In addition, this is where respected world-renowned business schools are located: Instituto de Empresa, IESE, ESADE. Many foreigners want to go to university in Spain because, in fact, since the beginning of their studies, educational institutions provide students with close contact with employers and are preparing for employment. Many universities even offer paid internships as a type of training.

The Master in Europe has a common ECTS (European Credit Transfer and Accumulation System), which calculates the duration of the study. The minimum number of points for certification is 60, which corresponds to 1 academic year. The duration also depends on the form of training, full-time or part-time.

Now let’s insist on the loans. These points allow you to evaluate the quality and quantity of the work of the magistrates during the course: the number of classes, practical and theoretical, participation in seminars, exams, lectures, exams, etc. Each of these credits can be equated to twenty-five or thirty academic hours.

How to enter the magistrature in Spain

To begin with, the mastership in Spain for foreigners in structure and system is not different from other European countries. In Spain, among other things, you must pass the exams in English or Spanish (depending on the language of the course). By the way, unlike many countries, here the minimum preparatory stage necessary for those who do not speak Spanish is not a year, but only four months.

After choosing a Master degree, it is necessary to assemble a package of documents, which may vary according to the university. But, as a rule, it is necessary to provide a higher education diploma (Spanish or obtained at a university within the European unified EHEA system, or a diploma from any other higher education institution that will be considered for compliance with Spanish educational standards), must confirm the level of knowledge required for training in a magistracy). In the Ministry of Education, put an apostille and translate the diploma of a certified translator into Spanish. This procedure can last up to forty-five days. Also, complete the official admission form, usually online. It is also necessary to get a certificate from your university about the education received which gives the right to continue education in the judiciary. Many universities also consider a free form application, where the applicant talks about the reasons and objectives to study in a particular course at a particular university. And, of course, it is important to take care of getting your visa.

The cost of Masters in Spain
Interestingly, you can get an education in Spain with a big price difference. For example, a student at the University of Andalucía or Galicia will cost one third of the amount at a university in Catalonia. Students from Castilla-La-Mancha, Cantabria, Murcia, Canary Islands, Extremadura and the Basque Country will pay half of the Catalans. But in the center of Asturias, in the Balearic Islands, in Navarra and La Rioja, approximately half of the maximum enrollment. For example, four-year studies in the Faculties of General Medicine, Physiotherapy, Ophthalmology cost 3,028 euros in Seville, in Madrid 4,675 euros and in Barcelona 9,487 euros. In addition, each university has three value graduations depending on the specialty. Then, the most expensive are General Medicine, Engineering (each loan in the universities of Barcelona, ​​for example, costs 39.53 euros, that is, for four years of study (9487 euros), followed by Biology, Physics, Communication and, finally, Humanities, Philology, Business Administration (Administration and Business Management) And only Andalusia rejected a three step graduation and offers training in all faculties at the same price: 12.62 euros. It will be much more expensive than in Seville, for example.

Today, Spain is still a country with one of the highest prices in the field of education in Europe, however, in this direction there are constant improvements. For example, there is a government subsidy for students from low-income families. If a student’s family has a high annual income (48,349 for a family of four), then he pays the full tuition. If the income does not exceed this amount, the government pays 10 to 50 percent of the cost of the study. If the income is less than 38,381 euros, the student has the right to receive state support (grants), which also applies to foreign citizens.

Regarding the cost of the Master in Spain, it also differs according to the province, and is different for European and non-European citizens. Master fees should be clarified but for example, consider the price range at the University of Madrid – University of Alcalá in different courses that last from 1 to 4 years (60-120 credits)

Therefore, it is proposed to train in the Master Degree in many areas, among which, for example:

Every year, MAEC-AECID (The Spanish Agency for International Development Cooperation) organizes scholarships for foreign students who demonstrate skills in Spanish better than others. As a general rule, conditions and quantity vary slightly from time to time, so this question should be clarified immediately at the time of its relevance. In addition, some universities also offer scholarships to foreign students.

To do a Master in Spain is a unique opportunity to live, study and work in Europe, obtain the highest education and expand professional opportunities not only in your own country, but throughout the world. And in addition to this, make friends and colleagues, and probably business partners from all around the world.