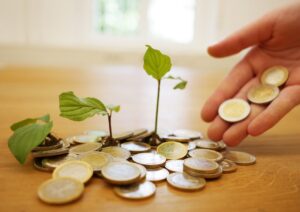 The Congress of Deputies finally approved the Minimum Wage Law (Ley del Ingreso Mínimo Vital, IMV).
Improvements were made during the parliamentary process, which will apply from the moment it comes into force.

1. A Child Support Supplement that will cover not only beneficiaries with dependent minor children, but also other low-income families.

2. Improvement to expand coverage of particularly vulnerable groups, such as young people who were in the care of government agencies.
Conditions have also been equalized for single-parent families with 4 or more children or minor dependent children and people with disabilities (more than 65%). They will receive a 22% surcharge for cohabitants.

3. Benefits received by dependents, as well as unemployment benefits or subsidies, have been excluded from the calculation of income.

4. Access to the allowance is facilitated by other measures, for example, by reducing the period of joint residence from 12 to 6 months for receiving the allowance. For those under 30 years of age, the independent living accreditation requirement to apply for benefits has been reduced from 3 to 2 years.

5. Ability to apply for benefits with the current year’s income, as well as raising the income and wealth thresholds for such cases, so that the minimum wage is more sensitive to situations of increasing poverty.

To date, the National Institute of Social Security has received more than 1.5 million applications, of which almost 1.4 million are valid applications. Currently over 97% processed.

A total of 362,000 benefits were approved and 824,000 people became recipients. The allowance has had a major impact on reducing child poverty, as almost 40% of the recipients of the allowance are children.