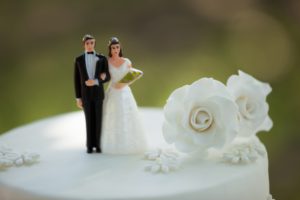 The Spanish Constitution does not directly regulate cohabitation, but does not prohibit it , and its existence follows from several articles, such as 10, 14, 16, 18 and especially 39, in which the obligation of public authorities to protect the family applies.

Cohabiting couples, even those without children, are a type of family and are integrated into the scope of protection provided for in article 39 of the Constitution. However, cohabitation and marriage as “forms of the family”, according to the jurisprudence of the Supreme Court, are not equivalent realities and do not violate the principle of equality specified in Article 14 of the EC, according to which the legislator establishes a different legal regime for different realities, provided that such a difference is justified .

Currently, the legislative setup for cohabitants in the Spanish legal system is characterized by the absence of a single state norm providing for the same attitude to this issue. There are several specific provisions governing such couples. In view of such a legal vacuum and social reality, which could not be left behind by the law, it is the regional legislators who regulate the relations of cohabiting couples, providing them with a certain legal status.

Thanks to this regional law, cohabiting couples who still do not have regulation become legalized or registered cohabiting couples, to which these or those norms will be applied depending on the scope of their application.

Currently, 13 autonomous regions have passed laws on cohabiting, stable or unmarried couples: Castile-La Mancha and Castile and Leon, although not having a law on stable couples, regulate the registers of stable couples; only La Rioja and Murcia remained distant from this regulatory process, which began in 1998 by Catalonia and completed in 2012 by Valencia.

Nevertheless, a number of articles of Law 6/2000 of July 3 on the legal equality of stable couples of Navarra, as well as articles 4 and 5 of Law 11/2001 of December 19 on Madrid Cohabiting Couples, have been declared unconstitutional. These decisions of the Constitutional Court make the existing regulation of cohabiting couples very doubtful.

In the absence of a regulatory framework that can solve all the problems of more uxorio pairs, it was the courts that formulated the existing defense mechanisms.

The Constitutional Court established, with some exceptions, an agreed position in the gradual recognition of cohabiting couples, but with deviations between the tendency to equate them to legal spouses and application of the provisions of common law.

The regime that currently applies to cohabiting couples

Firstly, it is necessary to distinguish between legalized or registered couples to which their legislation applies, from cohabiting or non-legal couples to whom the provisions of common law apply.
The following mode applies to such pairs:

Agreements signed between the parties . In this case, the principle of autonomy applies. The parties are free to agree on a regime governing their cohabitation and subsequent separation with the restrictions established for the validity of the contracts contained in the Civil Code. By agreement, the cohabitants may agree on the application of the jointly acquired property regime of the spouses, the joint property regime or the common property regime.

Autonomous norm . Along with the recognition of agreements signed by the parties, most of the rules, with the exception of the Asturian and Andalusian, establish a number of provisions that in some cases act as an additional law in the absence of an agreement between the parties, and in other cases as a binding law. The recognition of a binding nature was declared unconstitutional by the Supreme Court due to a violation of the principle of autonomy of Article 10 of the EC on the recognition of the Law of Navarra as unconstitutional (Resolution 93/2013 of April 23, 2013 (Official Gazette No. 123 of May 23, 2013).

In the case of unlawful couples in respect of which there is no standard, first of all it is couples who will regulate their relations through their agreements, and in the absence of agreements, the courts will have to solve such situations in each case by applying the provisions of common law.

If there is agreement between the parties

Personal property: any property can be agreed upon under article 1255 of the Civil Code.

Property relations: through an agreement, the parties may agree that their joint residence and subsequent separation are governed by any mode of marriage, they may agree on a regime of joint property or common property.

The absence of an agreement: recognition ope legis of

– Solidarity in total expenses is proportional to income while maintaining the exclusive right of ownership of property.

– Balearic Islands, Catalonia, Galicia and the Basque Country equalize cohabiting couples in the right of inheritance

– The right to household utensils, with the exception of works of art, jewelry and expensive goods.

– Pension for loss of spouse

– Andalusia, Aragon, the Balearic Islands and Valencia establish a joint regime with respect to the responsibilities for the costs of maintaining the house.

Tax consequences: Full equalization to legal spouses with the exception of Aragon and the Canary Islands in the field of joint taxation in relation to the autonomous part of income tax.

Unlawful or cohabiting couples
Recognition of consequences is based on the application of common law decisions. The jurisprudence stipulates that the provisions established for legal spouses cannot be applied automatically to unregistered couples.

The principle of unjust enrichment . This decision is the most appropriate for compensation for the work and devotion of one of the cohabitants to another during cohabitation. This mechanism, as a rule, prohibits the enrichment of one person at the expense of another without a good reason.

Does this article interest you? Get in touch today for more information!